The Panathinaiko Stadium (also Panathenaic Stadium) is a multi-purpose stadium in the centre of Athens. The Arena was the stadium of the first Olympics of modern times in Athens in 1896, so it is an Olympic Stadium. It is one of the most popular sights in Athens among tourists. For 5 Euro entrance fee you can go to the spectator stands, inside the stadium to the running track and through a tunnel to a museum. 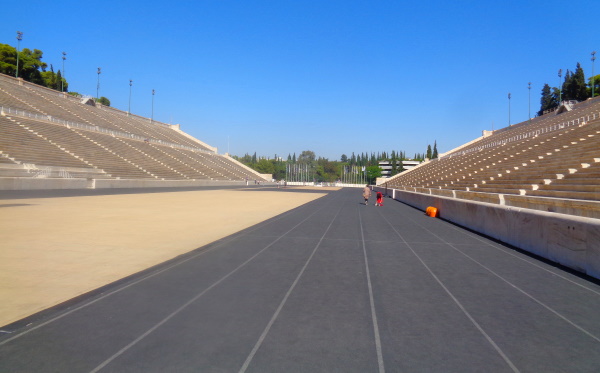 The shape of the Panathinaiko Stadium is different from the shape of modern athletics competition venues. It is longer and less wide. The shape is more reminiscent of a horse race track or a horseshoe. The running track therefore has very narrow curves at both ends. In fact, there was a horse race track at the same place in ancient times. The ancient Olympiads were not in Athens, but in the small town of Olympia in the Peloponnese, about 300 km from Athens. 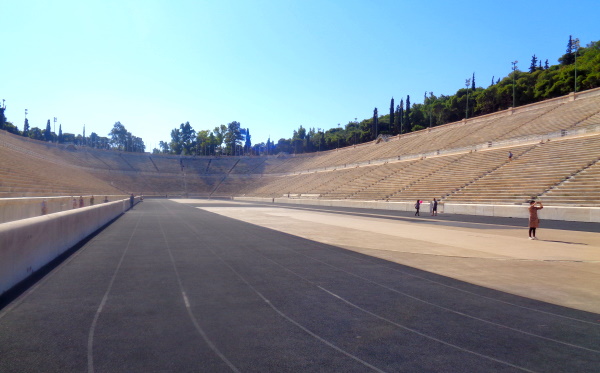 A popular photo motif in the Panathenaic Stadium in Athens is a podium. You can stand on it and someone else takes a photo. You can also enter the running track and run a lap if you want. You can also see the small box of the former royal couple of Greece.

Furthermore, you can go to all spectator seats in the Panathinaiko stadium. There is room for about 50,000 people, so it is a rather large stadium. Due to a large donation, the arena could be built completely out of marble more than 100 years ago. To our knowledge it is still the only stadium in the world made of marble. It looks great. Because of the marble, the Panathenaic Stadium in Greece is often called Kalimarmaro (translated: beautiful marble).

As a visitor of the Panathinaiko you can leave the stadium through an impressive tunnel in the back. After about 100 meters of tunnel you will come to a small museum. 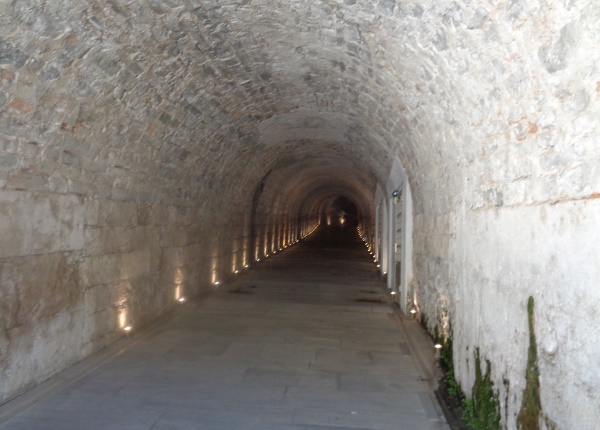 Very interesting in the Panathinaiko Museum we found the mirror with which the Olympic fire is lit. The concave mirror bundles sunlight and generates enormous heat at one point. 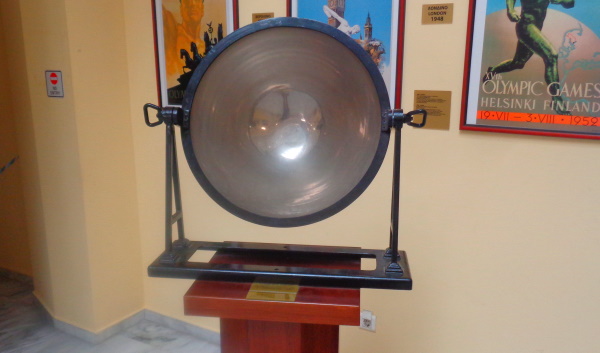 There is also an advertising poster in the museum of the Panathenaic Stadium for all Olympic Games of modern times since Athens 1896; the picture shows the poster for the Munich Olympics in 1972. 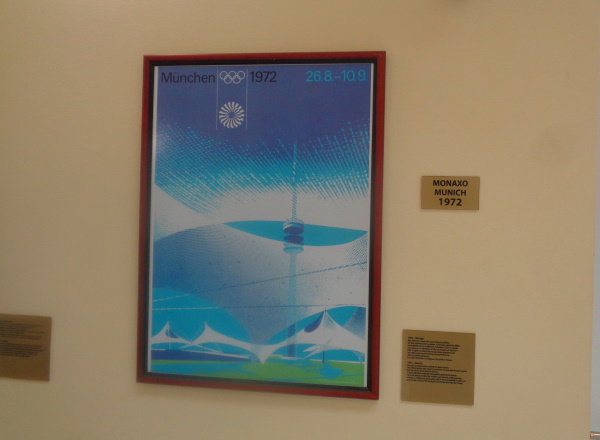 After visiting the museum, you go back into the stadium through the tunnel and out again through the exit. There is a cafe in front of the entrance. There is no water to buy in the stadium, take it with you when it is hot. As far as we know, you can take pictures wherever you want.

Entrance Panathinaiko Stadium Athens: There is only one ticket for everything including the museum. This costs 5 Euro (reduced 2,50 Euro). There is also a free audio guide in many languages including German. A fair entrance fee for such a great sight. We think that every visitor to Athens should visit the old Olympic Stadium Panathenaic Athens.

Opening hours Panathinaiko Stadium Athens: Very long: Every day of the week from 8 am to 7 pm, in winter because of the early darkness only until 5 pm (November to February). Very rare are events in the arena like the Athens Marathon, concerts or sports competitions. Then you cannot visit the old Olympic Stadium Athens. By the way, the stadium of the Olympic Games 2004 in Athens is quite somewhere else, many kilometers outside the center of the Greek capital.

How to get there / location Panathinaiko Stadium: From the central square of Athens Syntagma Square you walk right at the Parliament and a few hundred meters around the National Garden of Athens. Of course you can also walk through the park which is worth seeing, it is probably the most beautiful city park of Greece. Especially in the very noisy city of Athens a great change. Beside the metro station Syntagma the stadium Acropolis is not too far away.