The Acropolis in Athens is the largest landmark in Greece and one of the top 10 ancient sites in the world. The Acropolis was built in its present form in the 5th century BC under Pericles. During this time Athens became a large and powerful city in Greece. For the first time there was the state form of democracy. Acropolis means translated “upper city”. In former times it was an own city district with many buildings. 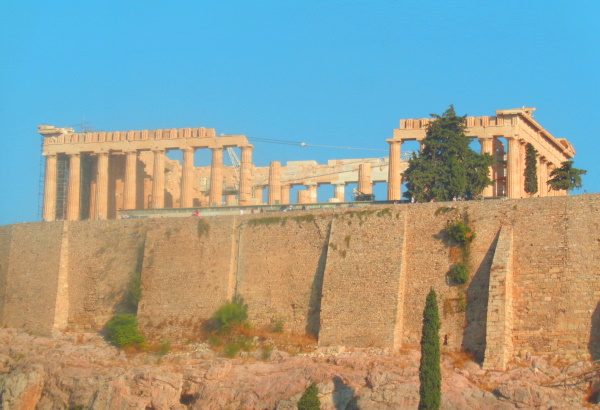 The large and widely visible building on the hill of the Acropolis in the middle of Athens is the Parthenon, an ancient temple. It was built in honour of the goddess Athena. Throughout history the Parthenon became a church and during the Ottoman rule over Athens it became a mosque. In 1687 the large building on the Acropolis was severely damaged in a war. It is still being renovated today.

Important: recommend to take part in a guided tour. Those who do not do so should prepare themselves well. Otherwise there is the danger of seeing mainly old stones.  >>> You can book good guided tours on this link. 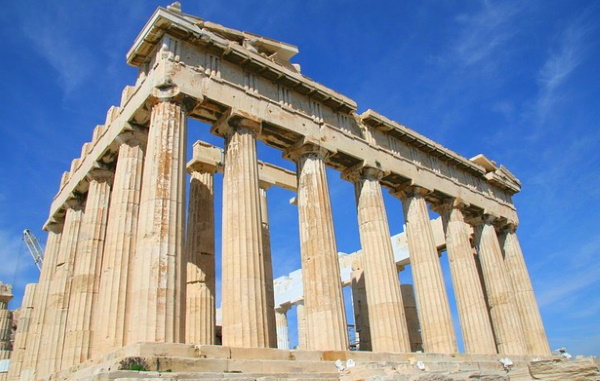 One should plan several hours for the visit of the Acropolis. The fenced area is big, there is a lot to see. The Acropolis has to be seen, even if 20 euros entrance fee is not exactly little. Those who have some more euros left should in any case participate in a guided tour. Not until a guided tour one understands the things that one sees and can classify them.

Approach Acropolis: It is best to get off at the metro station “Acropolis”. From there you walk past the Acropolis Museum up to the Acropolis. The path is partly quite steep, but the distance is feasible for a normal person in less than half an hour. One cannot go up, one has to walk up. Take some water with you when it is hot.

Opening hours Acropolis: Such a world-famous sight can be visited every day, there is no closing day or the like. In summer (April to October) it is open from 8 am to 8 pm (8 to 8, easy to remember), in winter you can visit the Acropolis Athens from 8:30 to 5 pm. In the summer there is an extremely high activity, snakes form, not only at the entrance. It makes sense to come to the Acropolis Athens before 9 am. Then one also escapes the midday heat, in summer often around 40 degrees. Be sure to take some water with you.

Entrance fees to the Acropolis Athens: These have been increased considerably a few years ago. Adults now pay 20 Euros entrance fee, students and pensioners over 65 years 10 Euros. As in most national monuments and museums in Greece, children under the age of 18 do not pay admission. Take your international student card with you.

Sights in the Acropolis

Important: We recommend to take part in a guided tour. Those who do not do so should prepare themselves well. Otherwise there is the danger of seeing mainly old stones.  >>> You can book good guided tours on this link.

The main building of the Athens Acropolis is undoubtedly the Parthenon. The large and mighty temple has been standing on the Acropolis hill in the middle of Athens for 2,500 years (length about 70 meters, width about 30 meters). In the temple there used to be 2 large rooms of different sizes, not much of which can be seen today. Later the temple was a Christian church (the largest church in Athens) and also a mosque during the Turkish occupation of Athens. In 1687 the large building on the Acropolis was severely damaged in a war in a gigantic explosion of a powder magazine. It is still being renovated today. The Parthenon was built as a temple in honour of the goddess Athena. In former times there was also a mighty statue of Athena in the Parthenon, which disappeared sometime in history. All objects from the Parthenon including statues, pictures etc. were brought to the Acropolis Museum downstairs near the Acropolis subway station. A new and gigantic museum that should be visited in any case. Unfortunately, many things were stolen by the English around 1801 and are now in London. Greece has been trying for decades to get these things back. The most visited and best museum in whole Greece. Our article about the Acropolis Museum 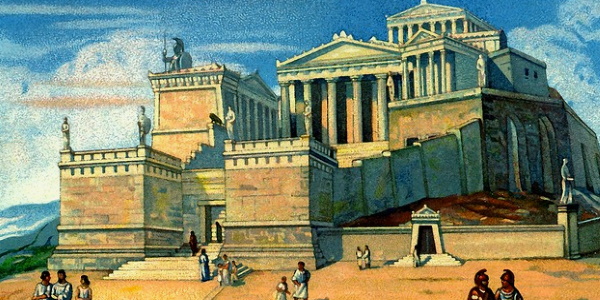 Other buildings also belong to the area of the Acropolis: The Dionysus Theatre was the most important theatre in ancient Greece. The acoustics were already extremely good in the 4th century before Christ. The drama is said to have been invented here. From Mars Hill, opposite the mountain with the Parthenon, one has the best view of Athens and the Parthenon. One should not miss the Erechtheion with the Korenhalle. The stairs of the Propylaea are also an important sight in the Acropolis. These stairs can be hardly missed, it is on the way up from the subway. The temple of Nike is another highlight. Another absolute highlight of the Acropolis Athens is also the view from above on the huge city Athens with more than 4 million inhabitants.